How did you become involved with garden centres as a designer?

My experience designing garden centres goes back over 20 years ? we designed Blooms, as well as the first big Haskins sites. Obviously a lot?s changed in the industry since then.

As an architect, how important is the built environment going to be going forward?

I obviously would say this, but it?s only going to get more important because now you?ve got to design garden centres as places that people want to come to.

We?ve got to make garden centres a pleasant place for a customer to be in terms of how they feel. People use ? or at least want to use ? them as safe, secure places, if that makes sense. It?s an entirely different feeling from the high street. It?s leisure retail, you can?t separate the two.

How are owners going to achieve that?
I think sustainability will play a large part, or at least it should do. If you look at very environmentally driven designs, they naturally differentiate themselves, not just in terms of what they look like but the ambience as well. Staff want to work in them and customers want to be in them.

Does designing with sustainability in mind make for a more aesthetically pleasing building?
Yes, I think so, because it makes the building feel human. Taking sustainability into account automatically cuts down on noise ? for instance, from air conditioning ? and has benefits in terms of temperature and natural light.

With that in mind, do you think that restaurants are going to be increasingly important in the future?
Of course ? look at how important they are now. When we first started to do restaurants, they were generally like potting sheds with a caf? attached, and people didn?t know whether they were going to be successful or not. Haskins was one of the first ones, and Warren [Haskins] and his team were really nervous about doing it. You know ? is this the biggest mistake that we?ve ever made?

Something like Rosebourne, which is opening imminently near Thruxton, will be the next stage again. If you?re going to do a restaurant, do it properly.

What?s the business case for building sustainably, other than making it pleasant for customers?

Cost, undoubtedly. We recently designed the main building for Peppa Pig World in Romsey. The client had only ever built portal frame sheds that were freezing cold in the winter and boiling hot in the summer.

We replaced the mechanical ventilation with wind-catchers, which worked out as an initial saving of ?300,000, along with the added bonus of having no bills forever. No ventilation costs, virtually no heating bills, and it just has a lovely feeling. There?s a freshness to the air at all times. We also suggested a wildflower turf roof, all of which helped with planning permission.

More zero energy buildings are being built all the time, in accordance with what?s known as passive house standards of construction. Triple glazing, super-insulation and so on.

Who?s ahead of the curve on this when it comes to garden centres?

Haskins has invested in this, in terms of providing natural light and ventilation. But ultimately, they?ve only planned according to building regulations. They have built on horticultural buildings, so there?s only so far you can push that particular technology.

Our friends in Canada ? Wilsons ? want to use Peppa Pig World as a model. Long way to go for a site visit, but hey? 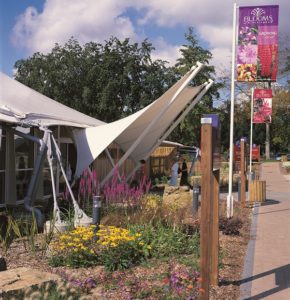 Earlier in the interview, you said a lot of things had changed in the industry. Other than the built environment, what are the most important?

I?d say there?s been some good things, but also some bad things. At the minute, my view is that there?s an emphasis on selling the customer lots of different products ? some of which, to be fair, aren?t very good ? rather than offering them what they actually want. The offers are driven by a vast amount of ranges of the same thing, which I think sometimes makes things seem a bit samey.

Sell to them on expertise. That?s why they?re coming to you in the first place, after all.

I remember when we were rationalising the product with the Jardinerie group years ago, and they picked a random line ? say, slug pellets ? and asked buyers how many different types they thought their stores needed to sell.?The answer came back ? one, that?s specifically recommended by the retailer. The same goes for varieties of parsnip and so on.

As a customer, I?m thinking: recommend it to me as an expert and I?ll buy it. Give me the equivalent of good coffee in everything you sell, because in garden centres, that?s your market.?Then focus on the things that are important, like plants.

As you can probably tell, I care deeply about garden centres. 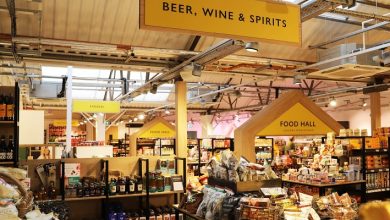 New look for food hall at Squire’s in Wokingham 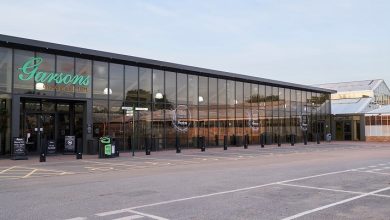 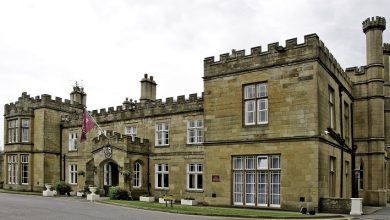 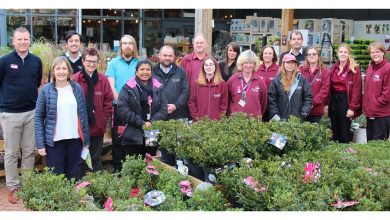