Big Drop Brewing Co., the UK?s first brewing company dedicated exclusively to making only the finest <0.5% ABV beer, is increasing its focus on the independent retail and catering sectors including farm shops, delis, garden and leisure centres, following a wave of new listings across on and off trade outlets.? The show of commitment comes as interest and trial in the low and no alcohol category, amplified by the recent #dryjanuary and #tryanuary initiatives, shows signs of continued growth that will be sustained well beyond these January campaigns. 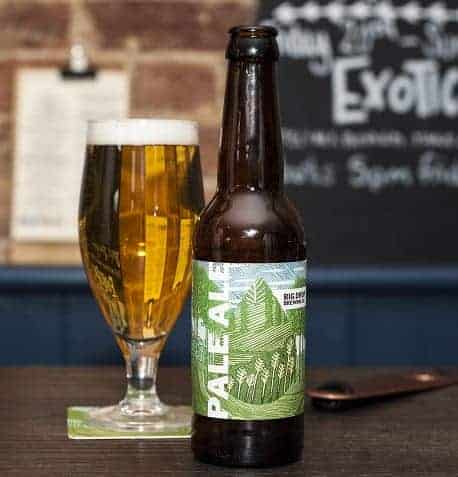 The move follows confidence in the category demonstrated by recent listings in major retailers including in-store and in the restaurant at Fortnum & Mason, London pub group Barworks and Michelin starred restaurant Hakkasan.? Big Drop beer is also stocked at a growing number of independent bottle shops, through online retailers and is available for trade supply through a growing number of wholesalers including Springvale Foods, Amathus, The Bottle Shop Wholesale and Eebria.

Big Drop Founder, Rob Fink, commented ?The number of people who are cutting down their alcohol consumption, or giving up altogether, continues to rise.? Whilst this has been boosted during the charity-led Dry January campaign, there?s nothing to suggest that the interest in lower alcohol drinks, particularly beer and spirits, is restricted to one month of the year.? We also saw an increase in trial of our beers as part of the Tryanuary initiative, which encourages people to try different drinks rather than giving up altogether, and many said that they will continue to include Big Drop beer in their drinking repertoire.? It?s encouraging to see that so many retailers are listening to customers and stocking a wider range of low and no alcohol beers to cater for their preferences and I believe the time is now right for independent outlets to take advantage of the increased sales potential that the category offers.

?The two January campaigns gave drinkers an opportunity to try a 0.5%ABV craft beer and it seems that it?s been an eye opener for many, who now appreciate that lower alcohol doesn?t mean that they have to compromise on flavour and taste. Interestingly, a social media poll of BeerBods subscribers during January revealed that 67% of those who?d tasted Big Drop Stout said they wouldn?t have known it was only 0.5% ABV had they tasted it without knowing.?

Since its first beer ? the stout ? was launched in November 2016, Big Drop has added three more beers to its range with further seasonal variants due for release later this year.? They have received widespread acclaim and sales for the second year of operation already look set to smash the target of more than 1250% increase over the previous year. The beers are brewed up to the 0.5%ABV mark by Master Brewer Johnny Clayton rather than brewing to full strength and stripping out the alcohol, giving a more rounded and flavoursome depth of taste which gives on and off-trade retailers a genuine choice for their customers.? 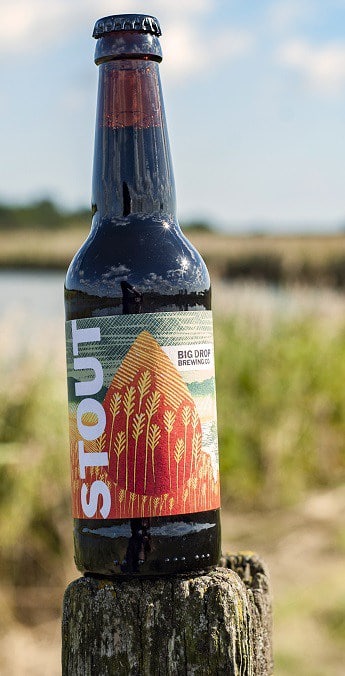 ?With one in five adults claiming to be tee-total and analysis firm Kantar Worldpanel recently reporting that 20 million adults in Great Britain are happy to consider low- and non-alcoholic drinks, the category is likely to be one of the growth areas to watch in 2018? continued Fink.? ?Sales of beer and cider with less than 1.2% alcohol grew by nearly 30% last year compared with 2015 according to Kantar Worldpanel and the customer base of the independent retail and catering sector is an obvious market for excellent quality, 0.5% ABV beers. In general, they are likely to be conscious of their health and wellbeing and mindful of moderating their alcohol consumption yet still seeking out a premium drink with full depth of flavour.? Our ambition is to work with retailers to offer a range of great tasting craft beers from which they can provide a truly representative selection of low alcohol options for their customers.?

?Retailers have been understandably nervous about introducing one lower strength beer, let alone a range? added Fink ?but they are now recognising their importance to their customer base and, therefore, their business.? In the past, it was too easy to wait for others to test the market for

lower strength beers but when pub groups such as Barworks, restaurants like Hakkasan and prestigious stores like Fortnum & Mason start to take notice, we know that consumer opinion is finally being heard.?

Big Drop Brewing Co will be at the Farm Shop & Deli Show at the NEC Birmingham from 16-18 April, inviting visitors to try the beers and discuss the opportunities available for retailers to diversify their drinks offer.? As part of their support plan Big Drop lists all known stockists on its website, in response to regular requests from eager fans on social media, to help drive sales in outlet. 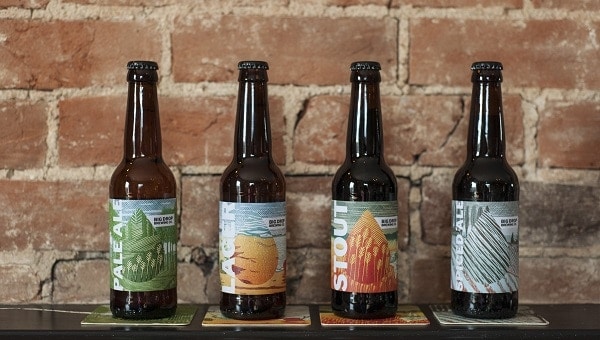 Clothing sales make a comeback in May