Share
Facebook Twitter LinkedIn Reddit WhatsApp Telegram Share via Email Print
A Dalton businessman has spoken of his emotion after getting the go-ahead to keep a ?1million extension.
?
Marc Charnley, the owner of Charnley?s Homes and Gardens, appeared before Barrow Council?s planning committee on Tuesday.
?
Retrospective planning permission was granted for the expansion. It had been at risk of the bulldozers.
?
Mr Charnley said:? ?I?m emotional.? I can?t tell you what a struggle the last two years have been, for us as a family and as a business. ?
It followed a massive extension which opened at the Crooklands Brow site in 2016. It included a two-storey detached building and other features. These didn’t?have consent from Barrow Council planners.
?
Nor did the firm have?council permission to widen its range to selling?home?gifts and furniture.

But council planners agreed the retrospective or backdated planning application. It comes with several strings attached – including a 106 agreement.
?
It obliges Mr Charnley to buy some nearby land to provide extra car parking for the business.
?
Planning committee member Cllr Gordon Murray raised concerns about giving permission.
?
?The car park is a vital part of this and without it, I couldn?t vote for it at all,? said Cllr Murray. ?It appears to me the car park is not secure because he doesn?t own the land.?
?
Council planning manager Jason Hipkiss said if the 106 agreement was not delivered, Mr Charnley would not get permission.
?
?I? would come back to the committee and say enforcement action is required. Because he can?t provide the car parking,? said Mr Hipkiss.
?
Mr Charnley said afterwards the family had spent more than two years of living ?under the threat? of demolition.
?
?We did everything we could to get the necessary permissions as soon as we realised.”
?
?We are so relieved that today we can finally put all this behind us and look to the future.
?
“We are grateful that we have got through it. At times we didn?t know if we would.
?
?We are proud to have a home and garden centre that gives local people what they want so they don?t have to go out of town.? Julie Charnley, Marc?s wife thanked the centre?s customers for their support.
Share
Facebook Twitter LinkedIn Reddit WhatsApp Telegram Share via Email Print 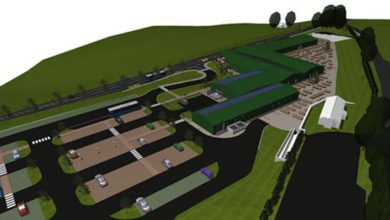