A Gourock garden centre is maintaining the legacy of the the?Glasgow?Garden Festival, almost 30 years since it ended. The only obvious trace of the festival at Cardwell garden centre is one of its multi-coloured signs attached to the wall above the exit but the centre?s former owner has ensured the spirit of the 1988 event lives on.

After the festival closed, Eric Gallagher, the late owner of Cardwell, spent a six-figure sum buying buildings, ornate shelters, plants and trees from the site.

The wooden structures Gallagher bought were dismantled and then re-assembled at Cardwell and remain a major part of the 28-acre centre.

Retail general manager, Paul Carmichael said: ?I remember the Glasgow Garden Festival very well and when I started working at Cardwell I was amazed to find out that about 20% of the structures here came from the festival site.

?It?s certainly given Cardwell real character and has made us far more than just a big shed selling gardening products.? 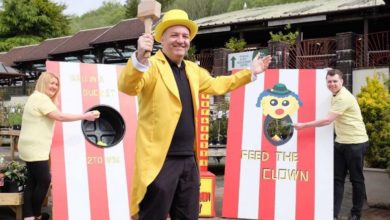