At Spring Fair 2015, wildlife habitat leaders Wildlife World, will be showcasing its recently launched Urban City range of bird boxes and feeders, specially designed for city living. As a major feature on the stand set against a skyscraper backdrop, the four products in the range will be on display in their new packaging fully illustrating the potential of promoting wildlife products for town and city life. The range includes a bee and insect hotel; a bird nest box; a bird feeder table; and an insect winter home and summer refuge.

Commenting on these latest products, Wildlife World managing director, Norman Sellers said: ?This is a very exciting new area for us and we have already received orders from Sweden and Switzerland.? The range has global reach as the product designs are to suit all international urban environments?.

In a further development, visitors to Spring Fair 2015 will see a new extension in the Urban City range which is under wraps until the show.

Alongside the new Urban City range, Wildlife World will be displaying a selection of its traditional quality products designed for wildlife habitats.? As leaders in such wildlife products, Wildlife World researches, develops and trials all of its products on its own Devon farm before manufacturing to high environmental standards.? Birds, bats and small mammals are a few of the animals catered for with carefully designed nesting boxes that encourage habitation and breeding of species which are endangered or in decline.

Wildlife World?s range of Biomes will also be on display, one of which recently won both a European Consumer?s Choice award and GLEE new products award this year.? There are three products in the range, one for butterflies, one for birds, a nest box/feeder and the Bee & Bug Biome providing over-wintering habitats which won the award.? All the Biomes include a pack of native wild flower seeds to allow the creation of a wildlife garden appropriate for the species, plus a laminated species guide.

One in a range of hedgehog houses is Wildlife World?s Hedgehog Igloo which was a finalist in the 2014 GIMA awards.? Designed to encourage the much needed breeding of hedgehogs to offset their decline over many years, the wicker igloo is the largest in the range and provides a safe haven for hedgehogs to shelter in with a small entrance ensuring that the small mammals are protected from predators.

From its educational range, Wildlife World will be showing, amongst other products, its Pyramid Insect Hotel created for a multitude of beneficial insects and bees, and also the company?s Trail Pack for different levels of learning which contains nesting habitats and feeders for insects, bees, butterflies, birds and small mammals, as well as packets of wild flower seeds to produce a wildlife friendly environment.

Norman Sellers of Wildlife World comments again: ?Our hope at the show is to bring our full range of specialist wildlife products to the attention of international retailers who visit the Spring Fair each year.? We are already successfully selling our products into European and overseas markets and are currently looking to develop further in the USA.?

Wildlife World supplies Europe?s top environmental conservation organisations such as RSPB, Friends of the Earth, LPO and NABU and it also manufactures bespoke product ranges for a number of specialist retailers.

Further information on an extensive range of nesting habitats and feeders is available from Wildlife World on 01666 505333, by emailing james@wildlifeworld.co.uk, or by visiting the company?s website at www.wildlifeworld.co.uk 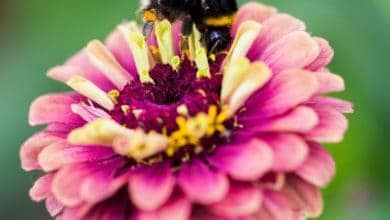 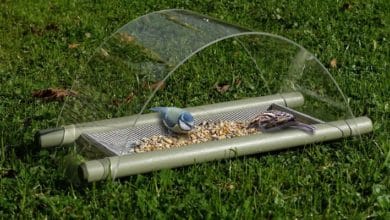