The 21 finalists in the Garden Centre Association?s (GCA) Ruxley Rose competition have recently been judged and the organisation is revealing some of its findings this month (October, 2016).

The two winners, judged to have the best plant areas, will be announced during the GCA?s annual conference at St Andrews in Scotland between January 22 and 25, 2017.

Iain Wylie, chief executive of the GCA, said: ?Our four inspectors visited our member garden centres during the spring and the plant scores from their inspections determined the 21 finalists who went through to our autumn judging process.

?Our Ruxley Rose judge, Roger Crookes has just completed his visit of these centres and has reported back his findings this month, which have included details of recipe retailing at its best, greater awareness of insect friendly plants and displays that cater for a younger customer.?

Nationally the top centres in both the Garden Centre (GC) and Destination Garden Centre (DGC) categories were revisited in September and GCA members scrutinised on how they were promoting and marketing plants during the autumn selling season. 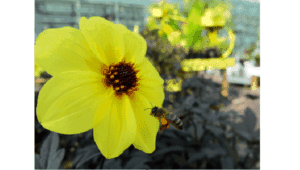 Roger said: ?I was impressed and amazed by how committed and passionate plant area teams were in the face of yet another difficult plant retailing season. Some centres seem to be able to ?take the knocks? and keep on innovating and prioritising plants. But no matter how good the ideas are, this takes determination and a lot of hard work so deserves a great deal of recognition.

?I visited most centres during the hot weather of early September when the plant areas were looking glorious in the sunshine and were being enjoyed by customers and a huge variety of wildlife. You could say they were literally buzzing with insect activity and this re-enforced all the messages and displays I saw promoting the importance of plants as habitat and food sources for pollinating insects.

?Centres were consistently reporting that customer interest and sales of insect friendly plants were still building well, and teams were considering what else they could do to promote these plants for next year.

?Ready-planted containers and colour theming still seem to be on the way up, both for bedding plants and hardy shrubs ? perhaps being driven by the new and often younger customers who do not think the same way as some of our more traditional customers.

?Linked selling seems to be changing on the plant area too ? trying to retail dry goods alongside plants has always been fraught with challenges. I have seen some great examples of linked selling and ?recipe retailing?, which show how far we have come from a few wet bags of compost next to some shrubs.

?These ideas and others will be explored during my Ruxley Rose plant area feedback session at GCA annual conference in January. It promises to be an illuminating presentation with the sharing of best practice very much at the forefront.?

Through sharing information and its inspection programme the GCA helps members to achieve high standards in customer service, plant quality and reliability.

The GCA?s annual conference will be held at St Andrews in Scotland between January 22 and 25, 2017. More than 300 delegates are expected to attend the event.

GCA hands out top awards to garden centres at conference