Share
Facebook Twitter LinkedIn Reddit WhatsApp Telegram Share via Email Print
Homeleigh Garden Centre in Crediton has revealed major plans for an extension.
?
The Broad family have revised their plans to modernise the existing garden centre. They say is currently not fulfilling its potential.
?
The ambitious plans would see a new caf? and a warehouse built at the garden centre. It was also see a new indoor retail space built. The redevelopment is likely to create up to 60 new jobs.
?
Access to the garden centre would be from a new access point off the A377. Highways improvements would also happen.
?
A previous version of the scheme went before Mid Devon District Council planners in December. The council deferred the application for an implications report.
?
The revised application would see 163 car parking spaces provided, down from 194 in the initial plans. The number of coach spaces halving to three and staff parking reducing from 42 to 30. Proposed heights of the buildings have decreased from 5m to 3.7m.
?
Planning permission for retail floor space and potential goods already exists on the site.
?
The amount of retail floor space is increased from that already permitted, from 6,082 sq m to 6,398 sq m proposed.
?
The scheme has split the community, with 143 letters of support for the scheme and 156 letters of objections.
Share
Facebook Twitter LinkedIn Reddit WhatsApp Telegram Share via Email Print 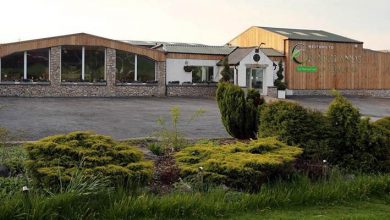