A garden centre has been broken into and ransacked. Police were called to The Four Seasons Garden Centre in Darwen shortly after 8am on Monday 12 March.

Owner Sonia Butler said the offenders had smashed the lock to gain access to the shop and unsuccessfully attempted to break into the safe using power tools before making off with a mountain bike, mobile phone and gardening gloves.

“It’s not what they took, it’s the inconvenience.

“They’ve made a right mess of the place, I’ve had to go out and buy new locks and I’m stuck with a safe I can’t get into.

“These people really are the lowest of the low.”

She said: “I saw them on the railway bridge and thought they were eyeing up the railway track, but they must have been watching the shop.

“One of them was around six foot with dark hair, he was wearing a black top, black anorak and black dark rimmed glasses.

“The other one was about five foot eight with scruffy blonde hair.

“I want everyone to be aware of them in case they are targetting other small businesses.

“I don’t want this to happen to anyone else, me and my sister work really hard on this place and it’s just heartbreaking when something like this happens.”

A police spokesman said officers are appealing for anyone with any information about the break-in to come forward.

She said:”We are investigating the incident, but no arrests have been made. 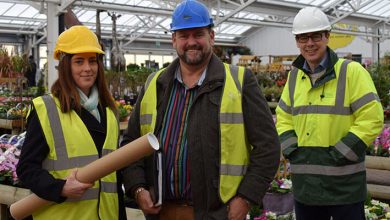